In Stock, only shipping to the US.

This set is so pretty! It's thick and has a nice sound to it when typing. The lilac is a pretty soft tone and looks really well with the shade of pink in this set. My only gripe with the set is the "A" on th "Caps", "Tab", "Alt"and "Backspace" has a thinner font to it so it looks a little inconsistent. It is similar to Timeless Violet as they both have their "A"s like that. But other than that I'm very satisfied with this set.

It arrived in 2 weeks after I ordered it and it was well packaged so nothing was damaged. 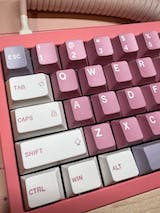 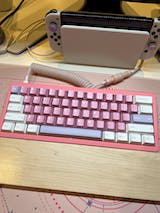 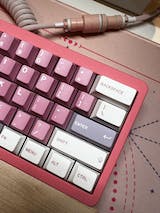